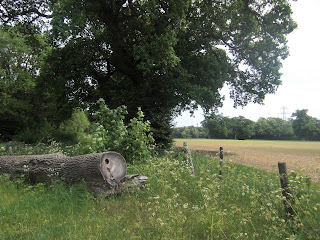 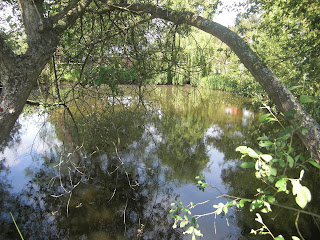 My novel, Sons of the Wolf is mainly set in a village in East Sussex called Horstede. It was listed in the Domesday Book as being land held from the king by Wulfhere before 1066. Holding their lands from Wulfhere, were 9 villeins and 6 cottars. Between them they own 7 and a half ploughs with a team of 8 oxen each and 1 with a half team of 4. Now-a-days, it is little more than a hamlet just beyond Uckfield and called Little Horsted. Besides a single row of houses, a parish church and a school, there is also a Golf club and a hotel. Surrounding the place there are farms and  fields. There is even a roundabout called the Little Horsted roundabout but nothing much else is there. 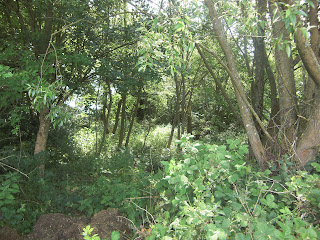 What made me choose this place for the setting of my book? I was inspired to write something after viewing the annual Battle of Hastings re-enactment back in 2004. I had been looking for a suitable subject to write about since I decided that I would fulfill my child hood dream and set about the mammoth task of writing an epic historical novel. I had worked on projects in the past but life events had served to drift me away from realising my dream. Eventually I lost my confidence and my aspiration did not return until I attended a college course for Health and Social care. Doing this course helped me to realise that I could still write. 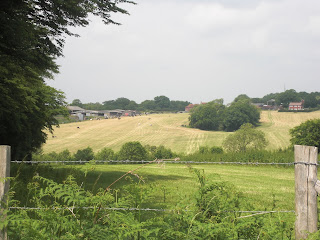 Having come across Helen Hollick's fantastic novel about Harold the King, I decided that another book written about Harold himself would need to be really well written and a master piece if I was to better hers. As it was my first attempt, I decided to keep it simple and I thought, why not tell the story of Hastings through the eyes of the ordinary men and women? That way I could still use the historical background and characters but centralise the story around a family whose experiences through the events of the 11thc I would be free to play with.

Eventually, the real inspiration for Sons came in the form of a different book. I found David Howarth's little gem 1066 The Year Of The Conquest  at a medieval fare. He tells the story of 1066 from the standpoint of a Sussex village. He chose Little Horsted as it was his own home and describes the holding as it was in the Domesday Book. I already had the basis of a story that I wanted to write, I just needed a character. I had thought to invent my own village and my own thegn but here was Wulfhere (Howarth calls him Ulfer, simply a different spelling) just waiting for me to find him.

Nothing is known about what sort of man Wulfhere was, what he did in his life and what the names of his family were. Things like that were not recorded for simple folk in those days. However, I hope that if he were alive today, he would not be offended by the life I created for him. Equally, Helghi of Gorde also was a man of the Domesday. Again I hope I would not offend him too much by my villainous portrayal of him. But this is a fictional interpretation and their story is my telling alone. I believe it is how life might have been for men and women of this time and although I have written this story from a 21st century point of view, I have tried to create an Anglo Saxon mind set and at the end of the day, these were people like you and I. They laughed, they cried, they loved and hated much like us, after all.
Posted by Paula Lofting at 00:25

Gorgeous pics! I was thinking that Horstede sounded very familiar - I love David Howarth's book. I first read it when I was about 15 and still flick through it sometimes.

Very interesting post too, to see where your inspiration came from!

Cool, I'm glad you read that book too its a love book, written well but simply, making it easy to understand the minefield that is the old field system and social order of Anglo Saxon England

Very interesting to see Hortsede as it is now, Paula. I am so looking forward to reading your novel!!